Imagine you've just crossed paths with someone you don’t know on the street or in the elevator. You say “Hello” and they respond, except the response is not the usual cheery “Good Morning” or “Hi” you expected. The response is in a different language, one that you don’t understand. In most cases, both parties stumble due to a lack of mutual understanding. You are trying to transmit information to each other, but you aren’t using the same code to communicate.

Don't have time to read this article? Listen instead!

We face a similar challenge in the world of eClinical systems and Electronic Trial Master Files (eTMFs), where competing systems all speak their own languages. Unfortunately, in today’s clinical trial environment we lack the “Rosetta Stone” for eTMF, making it difficult, if not impossible for eTMF systems to communicate. This translation system is something that is necessary to move the industry from a landscape of proprietary solutions to an ecosystem of full regulatory interoperability.

By identifying the key issues that keep today’s clinical research industry at a standstill, we must explore solutions to bridge the communication gap between these systems and push for widespread acceptance of a single standard. One emerging standard is that of the TMF Reference Model Exchange Mechanism Standard Subgroup. In the following article, we explore today’s eTMF reality, and what the TMF Reference Model is doing to bridge the gap.

The transition from paper to an eTMF brings a whole host of benefits to a research organization, helping to increase productivity and meet the demands of an ever-changing regulatory landscape.

However, an eTMF comes with its own set of challenges. Developments in technology are driven by the desire to innovate—they wait for no one, they are fast-paced, and, because of this, they are disruptive. On the other hand, the development of industry standards and updates to regulation involve many stakeholders and lengthy review processes, and often trail well behind innovations in technology.

The life sciences industry has seen a progressive increase in the number of companies choosing to manage their Trial Master File (TMF) via electronic systems; encouraging but not really surprising to anyone who—most likely at the end of a trial—has experienced the woes and stress of reconciling a paper TMF.

One of the more pressing challenges that exists in an eTMF today has to do with the fluid transfer of eTMF content. eTMF content transfer often occurs at the end of a trial, moving data to regulators, but may also occur multiple times throughout the trial as an interim or event-driven transfer. For example, a merger and acquisition or an internal change of an eTMF system may trigger a transfer. One of the more common scenarios is when sponsors are working on a trial with multiple CROs where eTMF content often has various sources.

Most eTMF systems have made the wise decision to base their organizational architecture on the TMF Reference Model, providing a great starting point and foundation for artifact interchange and management. However, while the industry has a wealth of motivated stakeholders (sponsors, CROs, vendors, etc.), using disparate systems and incongruent nomenclature makes developing a mutual understanding among systems an industry-wide challenge.

This much complexity makes the context elaborate and convoluted. The effort needed to map and manipulate metadata and content to achieve transferability is substantial, and at this point in time there is not an acceptable or simple enough standard being used industry-wide. Without a standard model for eTMF interchange in place, the industry is left constantly re-inventing the wheel at a cost to all parties involved.

Looking to the Past to Move Forward

An example of how the life sciences industry has taken leadership on a similar issue is the case of the Clinical Data Interchange Standards Consortium (CDISC).

Once upon a time, the industry faced a problem where paper clinical trial data was being submitted to regulatory authorities in unstandardized formats. Review of submissions by the regulatory authorities was complex, time-consuming, and required re-organization of large amounts of data to appropriately evaluate information. There was an important need to present data in a standard structure.

To solve this issue, the CDISC put forth standards options such as the Study Data Tabulation Model (SDTM), the Standard Exchange for Nonclinical Data (SEND), and the Analysis Data Model (ADaM) for the submission of clinical trial data. The established standards provided templates for datasets, standard names for variables and domains, and common rules for calculated variables. The SDTM soon became the preferred method for the FDA to receive data and, as of December 17, 2016, it has become mandatory to submit data in SDTM format to the FDA.

To achieve seamless information flow from one system to another, as well as to address the regulatory requirements, we as an industry need to come together to develop similar standards that will allow for facilitated exchange of eTMF content, including artifacts and audit trails. More importantly, the standard must be simple enough to encourage adoption by a number of stakeholders including eTMF vendors, CROs, and sponsors alike.

A subgroup of the TMF Reference Model Project Team—the TMF Reference Model Exchange Mechanism Standard Subgroup—has taken this industry problem as another solvable challenge. The group was founded in 2015 with the objective of defining a simplified and standardized mechanism for the transfer of eTMF content between eTMF systems.

To achieve this, the proposed standard plans to leverage the powerful metadata possibilities of XML (Extensible Markup Language)—a computer language used to define data—as the backbone of an exchange mechanism standard to enable intelligent sharing of structured electronic data.

Chosen because of its robustness, XML will allow standard metadata, as well as metadata related to file attributes, audit trail, and signatures to be defined within the exchange mechanism standard. The basic principal is that the “transmitting” eTMF system would create two XML files to accompany file exchange. One would provide an inventory of all files to be included in a transfer, describing how the issuing eTMF system is producing artifacts within the predefined TMF Reference Model folder structure. A second “non-standard” meta-data XML file would transmit anything that does not meet the TMF Reference Model.

With the file structure built around the data, the receiving eTMF system can then read the XML file and import artifacts against the TMF Reference Module artifact number. A standard built on this model, attempts to address a number of business scenarios, starting with the one-time transfer of audit-ready artifacts from one eTMF system to another at the end of a trial.

Learn how to implement the eTMF Exchange Mechanism Standard:

There are certain considerations that need to be taken into account for the successful adoption of any standard. Firstly, as the TMF Reference Model is already widely accepted and used across the TMF world, this must be the foundation of trial content planning. It is equally vital that the mechanism be flexible, simple, and easy to maintain—a challenging yet necessary task given that both technical and non-technical audiences must embrace the standard. Similarly, buy-in from all stakeholders—eTMF vendors, sponsors, and CROs for example—is vital for this to become a well-adopted, well-used standard.

Developments towards an eTMF exchange standard are exciting, and the work of TMF Reference Model Exchange Mechanism Standard Subgroup is just the beginning. Now that we have identified the crux of the issue, the seeds have been planted and the wheels are turning. A specification for eTMF exchange was developed in 2018 by the subgroup, which is composed of a mix of industry representatives, including Montrium’s CEO, Paul Fenton - promising a solid opportunity to drive adoption from the development stage forward.

By adopting a standard that opens up communication between systems, the transfer of eTMF content will be smoother, faster, and less costly. As this standard permeates the industry, it has the potential to evolve to increase eTMF flexibility, remove proprietary “roadblocks” that hinder collaboration, and move to cover a broader range of business scenarios. In short, a new eTMF exchange model gets all stakeholders speaking the same eTMF language.

About the Author: Christina Mantzioros 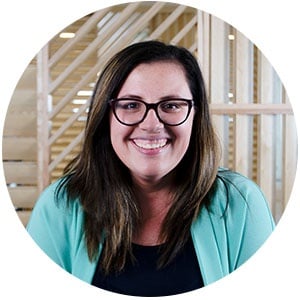 With a mandate to bridge the gap between clinical research, technical development, and business applications, Christina plays a vital role as Montrium's Product Implementation Manager. With over five years experience working in project management roles in clinical operations departments at both Academic and Clinical Research Organizations, Christina provides the Montrium team with essential insights into how clinical professionals use our products and platforms. Highly engaged with the Life Science industry and an expert on clinical and regulatory best practices, Christina regularly contributes to industry conferences, company webinars as well as the Montrium blog. 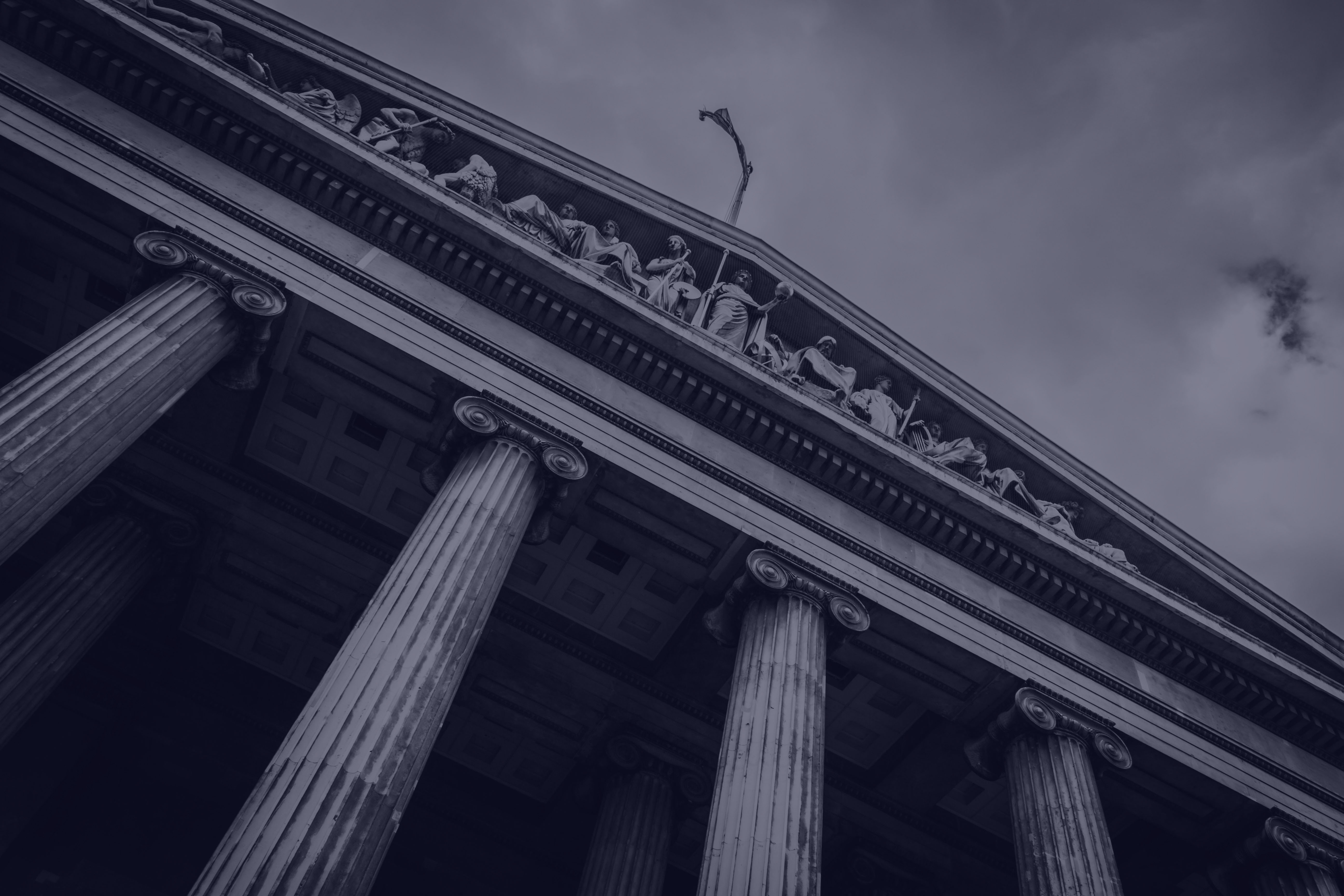 How to Successfully Prepare for the Upcoming FDA eCTD Deadlines