Traditionally, most of the new information and education we receive in the Life Sciences are found in  pharmaceutical journals, at conferences and in event workshops, and other industry publications. However, there's another channel of information that's got the Montrium team hooked as we look to improve on our skills, learn new approaches, get inspired and discover new ideas - and that's TED Talks.

TED Talks are non-profit conferences where top minds present ideas on innovation, emerging trends and big ideas in their respective fields. Originally formed as a platform to discuss topics surrounding technology, entertainment and design (hence why they're aptly named TED talks), the series of presentations has now expanded to a much wider range of topics encompassing the human experience where speakers give their talk in 18 minutes or less.

If you've never watched a TED Talk before, these videos are a fantastic introduction to the quality of the TED platform, as well as an opportunity to grasp some new concepts and ideas in the world of Pharmaceuticals and Clinical Research.

Even if you're an avid TED Talk'er like we are, there are some absolute gems listed below that we found to be the best of the lot. See below for some of our top picks this year.

1. Why haven't we cured arthritis?

The bad backs, elbow pain, and creaky knees so common in older people often aren't just "old age." In fact, the source of this stiffness plagues many young people as well. The culprit is arthritis: a condition that affects over 90 million people in the U.S. alone. What makes arthritis so pervasive, and why haven't we found a cure for it? Kaitlyn Sadtler and Heather J. Faust investigate.

2. The Dangers of Mixing Drugs

Which of the following is risky behavior: a person taking cholesterol medicine with grapefruit juice? Or a person taking Acetaminophen before going out for drinks? Or a person on blood thinners who takes an aspirin? Turns out, all of them are risky. Each has inadvertently created a drug interaction that could lead to serious complications. Céline Valéry describes the dangers of mixing substances.

The cells in your body are like computer software: they're "programmed" to carry out specific functions at specific times. If we can better understand this process, we could unlock the ability to reprogram cells ourselves, says computational biologist Sara-Jane Dunn. In a talk from the cutting-edge of science, she explains how her team is studying embryonic stem cells to gain a new understanding of the biological programs that power life -- and develop "living software" that could transform medicine, agriculture and energy.

4. What vaccinating vampire bats can teach us about pandemics

Could we anticipate the next big disease outbreak, stopping a virus like Ebola before it ever strikes? In this talk about frontline scientific research, ecologist Daniel Streicker takes us to the Amazon rainforest in Peru where he tracks the movement of vampire bats in order to forecast and prevent rabies outbreaks. By studying these disease patterns, Streicker shows how we could learn to cut off the next pandemic at its source.

5. How nanoparticles could change the way we treat cancer

Ninety-nine percent of cancer drugs never make it to tumors, getting washed out of the body before they have time to do their job. How can we better deliver life-saving drugs? Cancer researcher Joy Wolfram shares cutting-edge medical research into nanoparticles -- tiny particles that could be used to deliver drugs accurately to tumors -- and explains how they could keep drugs in the body longer to attack malignant cells.

6. A "living drug" that could change the way we treat cancer

Carl June is the pioneer behind CAR T-cell therapy: a groundbreaking cancer treatment that supercharges part of a patient's own immune system to attack and kill tumors. In a talk about a breakthrough, he shares how three decades of research culminated in a therapy that's eradicated cases of leukemia once thought to be incurable -- and explains how it could be used to fight other types of cancer.

7. The Future of Psychedelic-Assisted Pyschotherapy

Could psychedelics help us heal from trauma and mental illnesses? Researcher Rick Doblin has spent the past three decades investigating this question, and the results are promising. In this fascinating dive into the science of psychedelics, he explains how drugs like LSD, psilocybin and MDMA affect your brain -- and shows how, when paired with psychotherapy, they could change the way we treat PTSD, depression, substance abuse and more.

8. What makes TB the world's most infectious killer?

In 2008, two 9,000-year-old skeletons were found with their bones infected by an all too familiar bacterium. The ancient Greeks knew its effects as phthisis; the Incans called it chaky oncay; and today we call it tuberculosis, or TB. TB is still one of the world's most infectious killers, causing more deaths than malaria or even HIV. How has it persisted for so long? Melvin Sanicas investigates.

9. How close are we to eradicating HIV?

TED Talk by Philip A. Chan

The world is getting closer to achieving one of the most important public health goals of our time: eradicating HIV. And to do this, we won't even have to cure the disease. We simply have to stop HIV from being transmitted until eventually it fizzles out. Philip A. Chan explores the preventive strategies helping us tackle HIV and the possibility of ending the epidemic

10. The Mysterious Science of Pain

In 1995, the British Medical Journal published a report about a builder who accidentally jumped onto a nail, which pierced straight through his steel-toed boot. He was in such agonizing pain that any movement was unbearable. But when the doctors took off his boot, they discovered that the nail had never touched his foot at all. What's going on? Joshua W. Pate investigates the experience of pain.

11. Can we cure genetic diseases by rewriting DNA?

In a story of scientific discovery, chemical biologist David R. Liu shares a breakthrough: his lab's development of base editors that can rewrite DNA. This crucial step in genome editing takes the promise of CRISPR to the next level: if CRISPR proteins are molecular scissors, programmed to cut specific DNA sequences, then base editors are pencils, capable of directly rewriting one DNA letter into another. Learn more about how these molecular machines work -- and their potential to treat or even cure genetic diseases.

12. A new class of drug that could prevent depression and PTSD

Current treatments for depression and PTSD only suppress symptoms, if they work at all. What if we could prevent these diseases from developing altogether? Neuroscientist and TED Fellow Rebecca Brachman shares the story of her team's accidental discovery of a new class of drug that, for the first time ever, could prevent the negative effects of stress -- and boost a person's ability to recover and grow. Learn how these resilience-enhancing drugs could change the way we treat mental illness.

Tissue Engineer, Nina Tandon discusses how each of our bodies is utterly unique, which is a lovely thought until it comes to treating an illness - when everybody reacts differently, often unpredictably, to standard treatment. Nina Tandon talks about a possible solution: Using pluripotent stem cells to make personalized models of organs on which to test new drugs and treatments, and storing them on computer chips.

We know the molecular cause of 4,000 diseases, but treatments are available for only 250 of them. So what's taking so long? Geneticist and physician Francis Collins explains why systematic drug discovery is imperative, even for rare and complex diseases, and offers a few solutions -- like teaching old drugs new tricks. 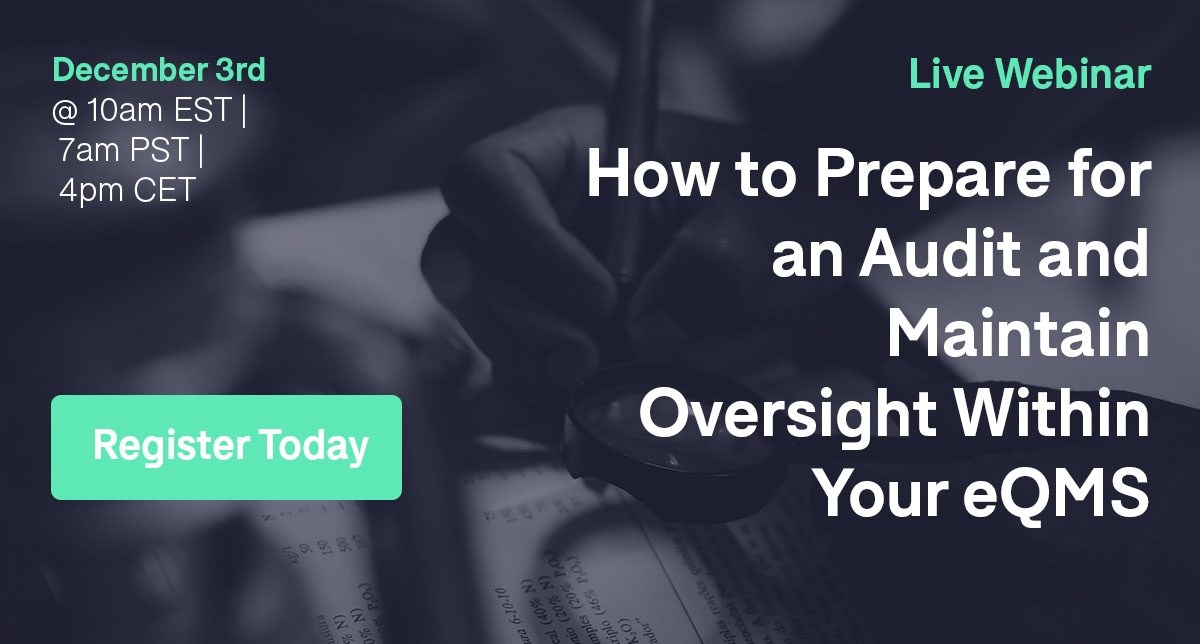 The bad news: the best ideas live outside of your organization. The good news: they don’t have to stay there. Innovation instigator Michael Ringel has consulted for major corporations about the best ways to bring innovation into their companies and has a collaborative solution that any company -- if done the right way -- can tap into: external innovation.

4. Defining and Defeating the Opioid Crisis

The opioid epidemic has been called the worst drug crisis in American history. How did we get here, and what is the solution? From research, we understand addiction is a disease. It is also, for some individuals and companies, a business. Did we in the pharmaceutical industry manufacture this epidemic by misleading the public that opiates are safe and effective? As a pharmacist and mentor for prisoners, Fakhoury will offer her unique perspective on the opioid epidemic.

5. What You Need to Know About your Genes and Prescription Medicine

Pharmacogenomic testing is used to predict how a patient will metabolize, or breakdown, medications based on their unique genetic profile. The goal is to save time and money, reduce side effects, and decrease visits to the doctor’s office. As it becomes more accessible, it’s clear that the future of prescription medicine is in pharmacogenomic testing. Dr. Tuesdy Horner, a licensed pharmacist clinician and residency-trained Doctor of Pharmacy, believes less medication is best.

6.  Could a Drug Prevent Depression and PTSD?

The path to better medicine is paved with accidental yet revolutionary discoveries. In this well-told tale of how science happens, neuroscientist Rebecca Brachman shares news of a serendipitous breakthrough treatment that may prevent mental disorders like depression and PTSD.

7. Why Genetic Research Must Be More Diverse

Ninety-six percent of genome studies are based on people of European descent. The rest of the world is virtually unrepresented — and this is dangerous, says geneticist and TED Fellow Keolu Fox, because we react to drugs differently based on our genetic makeup. Fox is working to democratize genome sequencing, specifically by advocating for indigenous populations to get involved in research, with the goal of eliminating health disparities. "The research community needs to immerse itself in indigenous culture," he says, "or die trying."

8. Soon We'll Cure Diseases with a Cell, Not a Pill

Current medical treatment boils down to six words: Have disease, take pill, kill something. But physician Siddhartha Mukherjee points to a future of medicine that will transform the way we heal.

Believe it or not, about 20 years' worth of potentially life-saving drugs are sitting in labs right now, untested. Why? Because they can't get the funding to go to trials, the financial risk is too high. Roger Stein is a finance guy, and he thinks deeply about mitigating risk. He and some colleagues at MIT came up with a promising new financial model that could move hundreds of drugs into the testing pipeline.

Every day there are news reports of new health advice, but how can you know if they're right? Doctor and epidemiologist Ben Goldacre shows us, at high speed, the ways evidence can be distorted, from the blindingly obvious nutrition claims to the very subtle tricks of the pharmaceutical industry.

If there's a TED Talk that you've watched that you think would be perfectly at home in this list, shoot us the link in the comments section. We're always looking for great content we can share with our team and our readers. We hope you enjoyed the TED Talks, let us know your favorite in the comments sections!

About the Author: Oliver Pearce 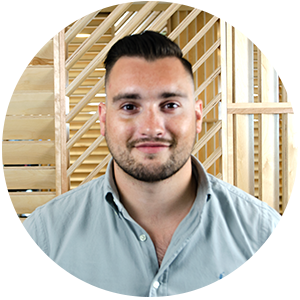 Oliver heads up Montrium's Commercialization team and is a regular contributor to the Montrium blog. Oliver writes on a wide range of topics that tie in his passion for technology and his deep understanding of the regulatory requirements. 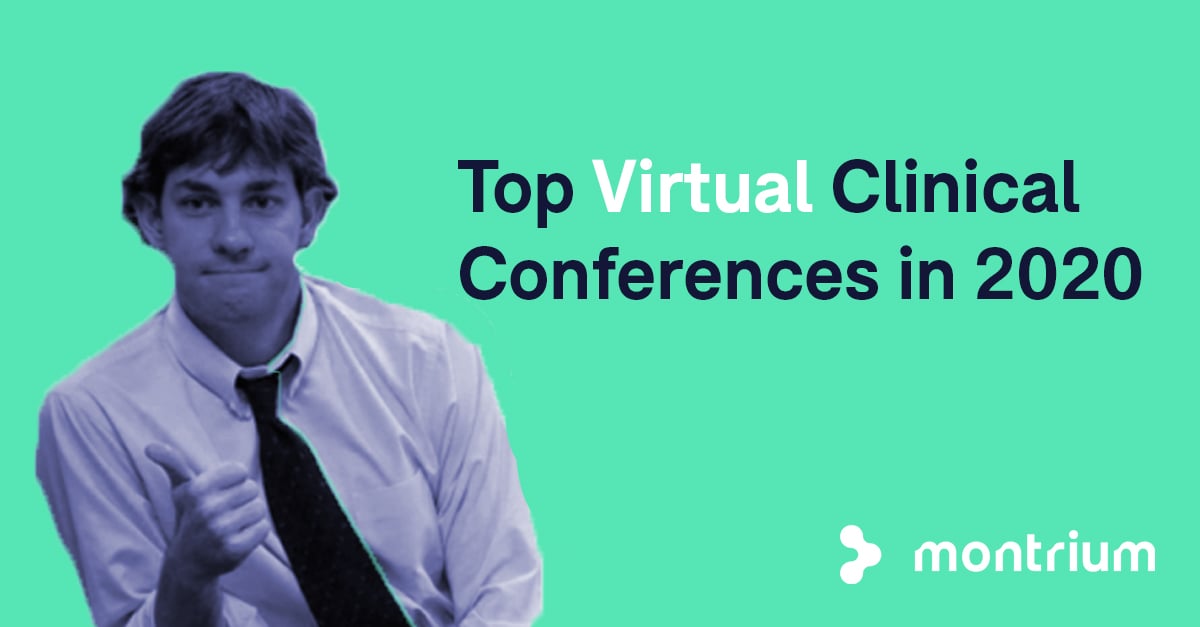 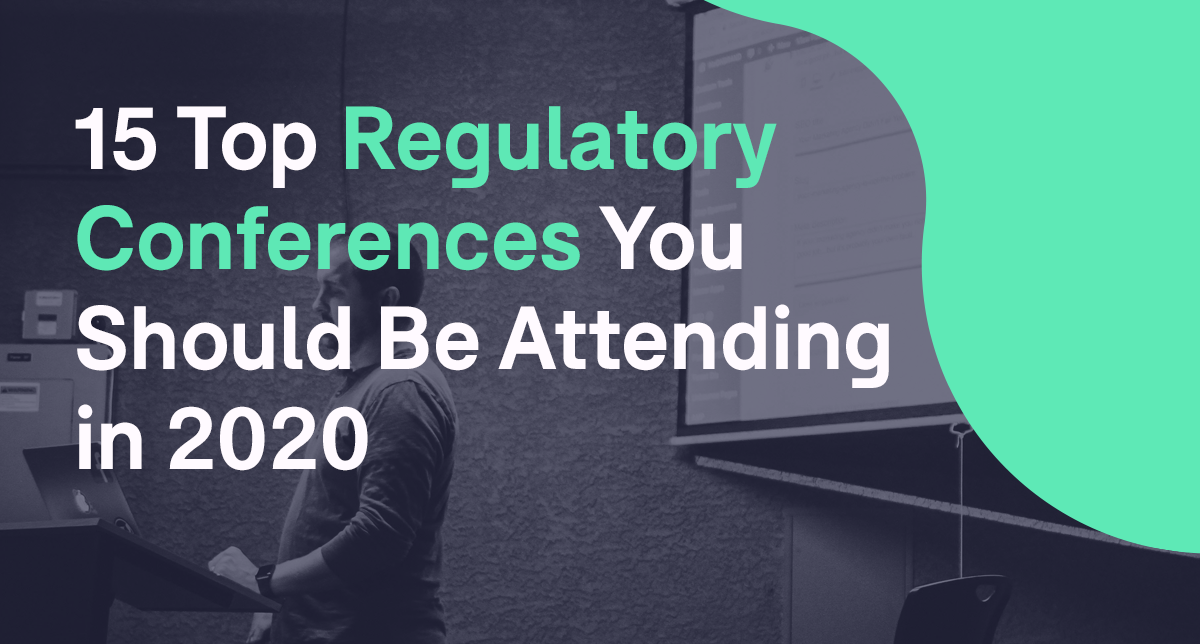 15 Top Regulatory Conferences You Should Be Attending in 2020 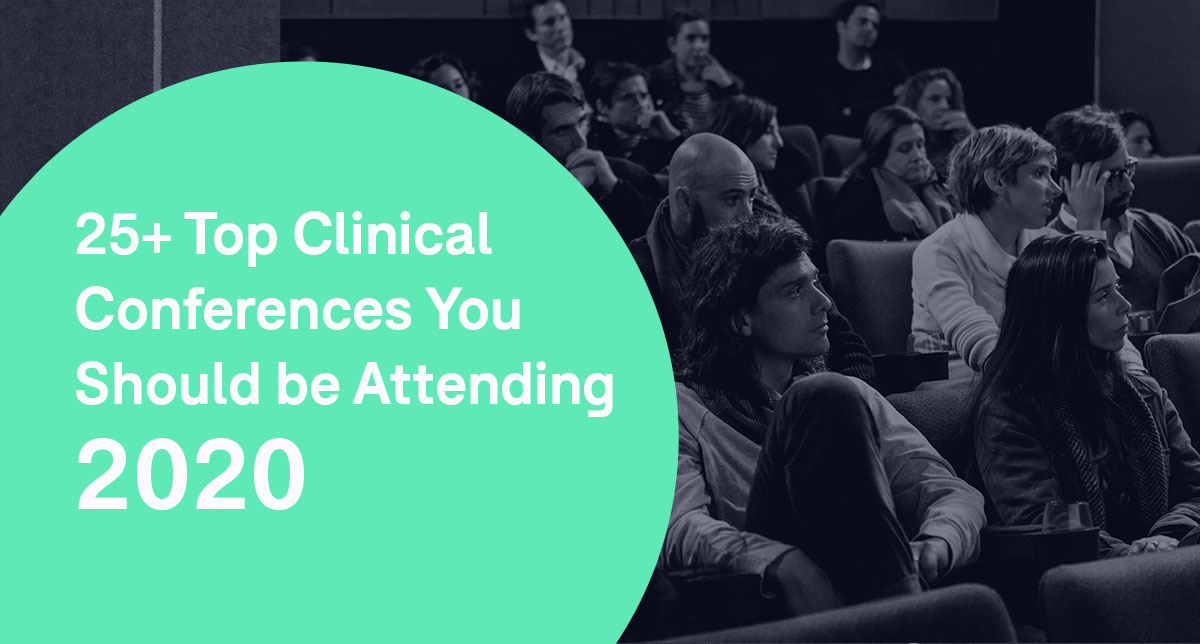 25+ Top Clinical Conferences You Should be Attending in 2020